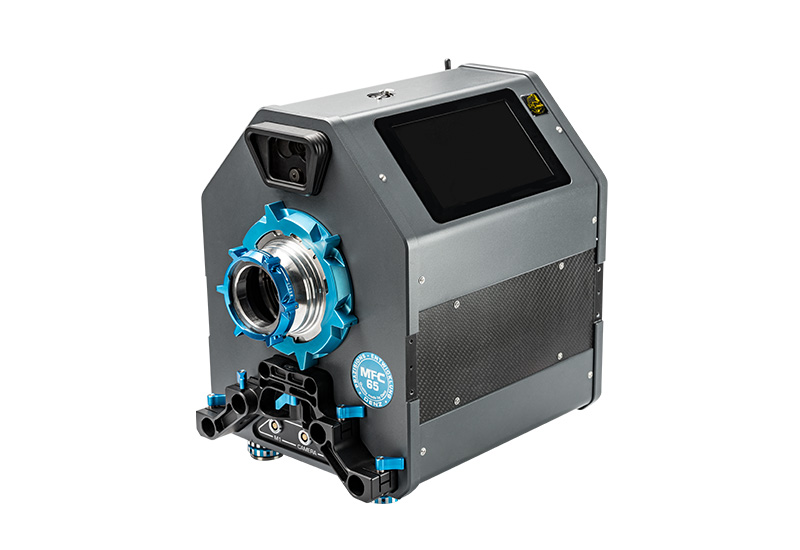 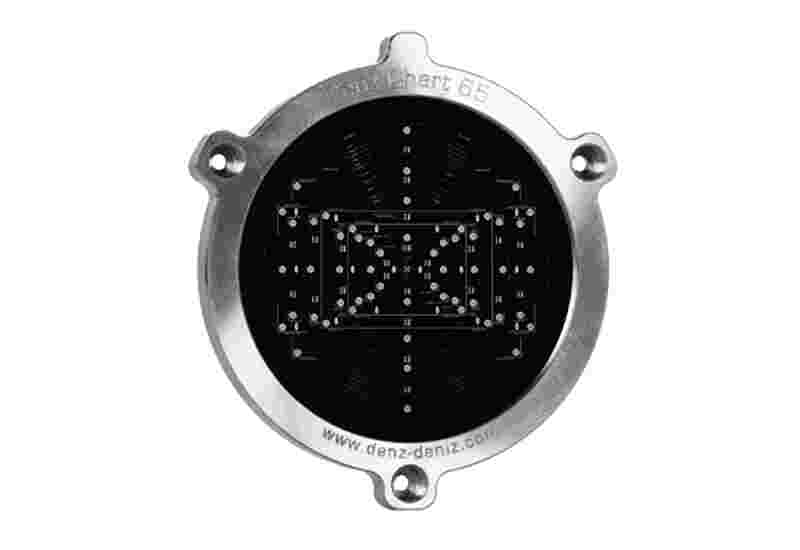 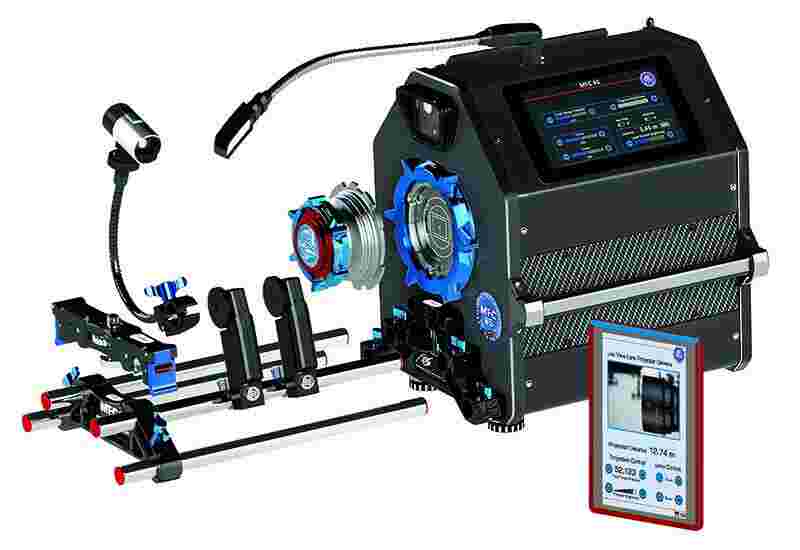 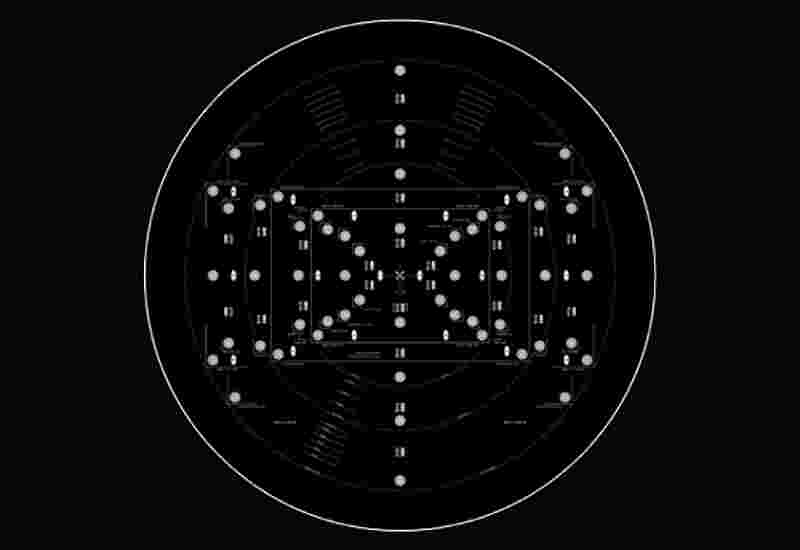 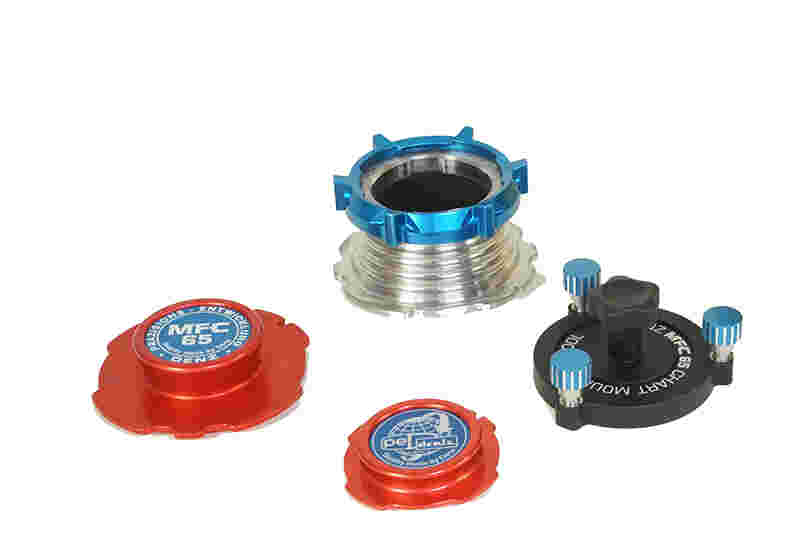 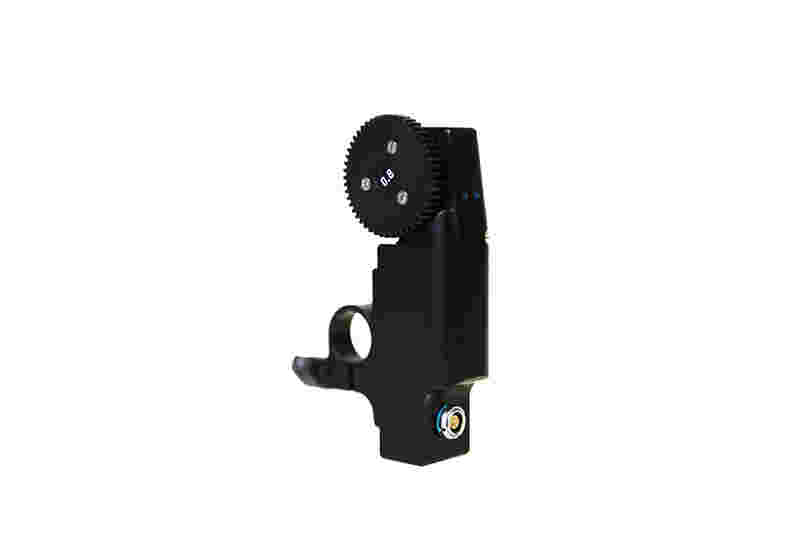 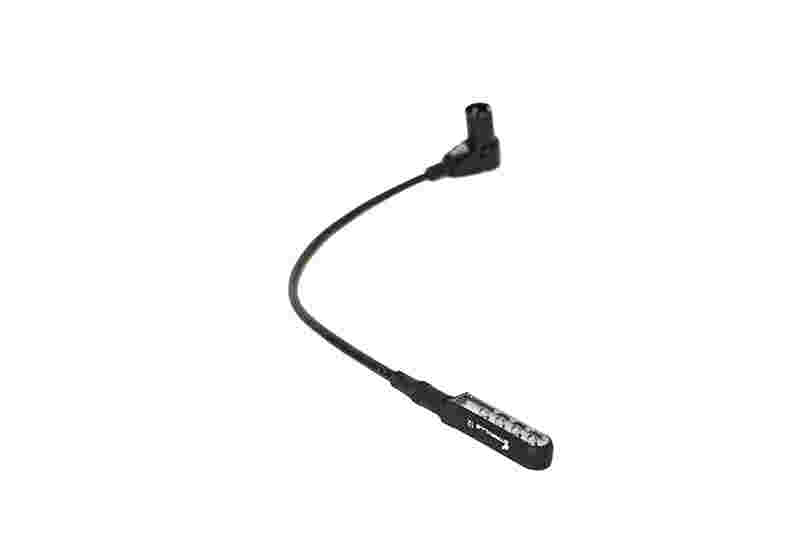 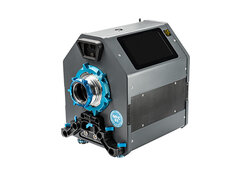 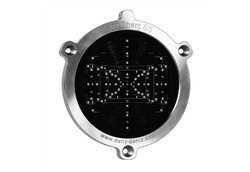 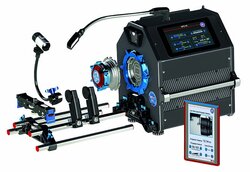 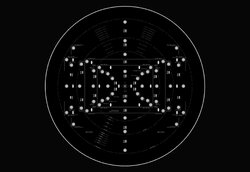 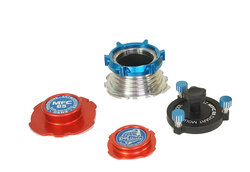 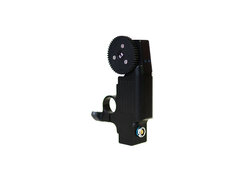 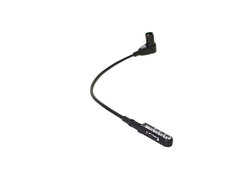 The DENZ MFC65 is a highest-end LED-based test projector for industrial and rental-house use, intended for operations who need to assure the highest quality.  The MFC65 was designed from the ground up for projection with lenses having up to 60mm image circle.  Issues such as shimming and decentering can be identified quickly and clearly so that customers can be served reliably.

Motorized adjustmentof flange depth
Accuracy of +/- 1 micron with a total range of over 4mm, repeated re-zeroing is not necessary.

Integrated Measuring System
Guides and encoders of the highest accuracy are used to eliminate sine error.

High-Power COB-LED light panel
Extremely even illumination field with 20000 lm and 5000°K color temperature.
Optimal conditions for inspection of all large image circles, with high contrast even at longer distances.  The lamp intensity can be continuously dimmed.

Wireless Remote Control
Touch screen control on projector as well as on WiFi-Tablet.

Automated measuring process
Wireless control of lens motors with simultaneous read of actual lens ring positions via the gooseneck camera.
Inspection can be performed while standing directly at the projection surface. 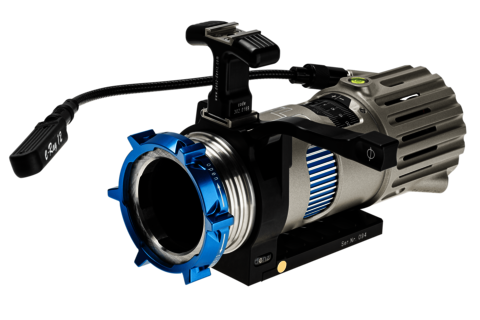 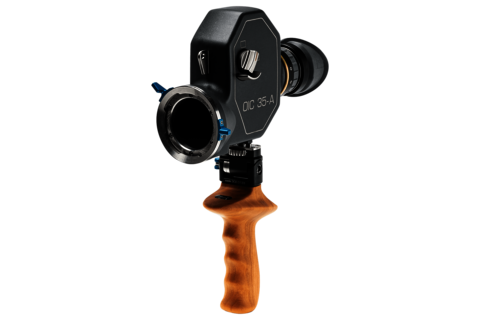 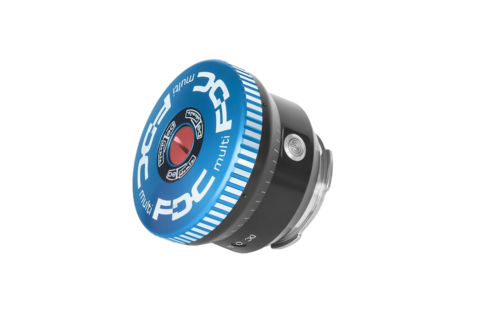